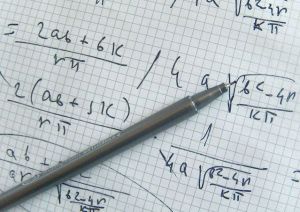 Academics within individual engineering departments hold quite consistent views regarding the content and approach to the teaching of mathematics. This commonality of opinion is largely independent of academic variables such as rank, seniority, alma mater, or personal position on the research-teaching nexus.  It would therefore not be amiss to suggest that mathematics teaching contributes to, and is, in t 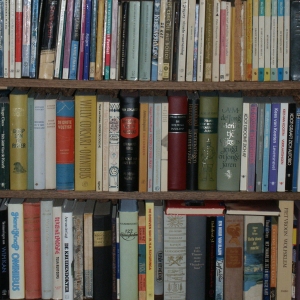 Schein defines culture as “… a pattern of shared basic assumptions that was learned by a group as it solved its problems of external adaptation and internal integration, that has worked well enough to be considered valid and, therefore, to be taught to new members as the correct way to perceive, think, and feel in relation to those problems.”

Implicit in this definition is that a group of people, in this case engineering practitioners and educators, are likely to persist in ways of conduct, and in ho 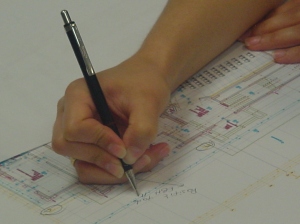 lding certain norms and values despite the application of external pressures to change. At UCL, as part of a faculty-wide, multi-disciplinary curriculum redesign of our undergraduate engineering programmes, we are currently introducing a revised engineering mathematics curriculum that places an emphasis on mathematical modelling and analysis. Our primary motivation for this curriculum change is that engineering students need to master the fundamental mathematical concepts that underpin engineering education and practice, as well as to gain the ability to apply these concepts to solving engineering problems.

Our motivation for the redesign of the mathematics curriculum is not unique to ourselves alone, as several other institutions are undertaking the same changes as well. Not only that, it appears that even a hundred years ago, progressive engineering educators and practitioners shared broadly the same concerns. In 1908, the American Association for the Advancement of Science published a paper entitled “The Teaching of Mathematics to Students of Engineering” that raised most of the concerns that we are grappling with today. It may be that the writers of this paper were far ahead of their time, which is unlikely. What is more likely, however, is that the culture of mathematics teaching within engineering is quite resilient, despite clamours for change. Below, I point out some of the issues raised in this paper.

1.      The importance of mathematics to the practice of engineering

Even a century ago, mathematics was seen as being very important to the practice of engineering. This view is neatly summed up by the statement:  “Mathematics is to an engineer what anatomy is to a surgeon, what chemistry is to an apothecary, what the drill is to an army officer. It is indispensable.”

Even then, engineering mathematics was mainly taught without reference to engineering practice. Just as today, progressive academics and practitioners felt that such an approach led to students who only knew “… how to juggle with quantities in order to produce certain results.” This meant that engineering professors in other subjects had to teach again the material covered in pure mathematics classes.

3.      The objectives of teaching mathematics to students of engineering

Then, as now, it was widely accepted that mathematics is a tool for the study and practice of engineering. It was felt that teaching should “be such that the student knows the why and wherefore of each operation-in other words, that he learns to think mathematically.”

The main method of teaching then, as now, was the monologue lecture method. Then, as now, this method was seen as inappropriate. It was felt that active learning methods were far much better at teaching mathematics as opposed to  “having another man’s mind do the reasoning for him”, as implied by the lecture method. In addition, students had to put time to work: “Midnight oil and the damp towel are for most students necessary accessories to the courses in pure mathematics.” This is consistent with today’s insistence on self-directed independent learning on the part of the students.

Secondly, it was felt that teachers needed to supplement analytical solutions with graphical demonstrations. This is consistent with an insistence on modelling and simulation in today’s engineering education practice.

Whilst some felt that teaching should be undertaken by engineers, this was not considered to be a necessary condition. Rather, effective teaching could be carried out by any competent teacher, so long as he was familiar with the potential applications to which the students would put mathematics to use in their later studies and careers.

As is the case today, teachers had to achieve an appropriate balance between the amount of content to teach and the depth to which teaching had to be undertaken. Mastery of fundamental mathematical concepts and principles was more preferable to teaching a wider range of topics at the expense of depth. It was felt that if students concentrated on a few key topics, then they would have sufficient depth to be able to take on any novel topics in the future.

Then, as now, both academics and practitioners felt that the level and quality of mathematics teaching in high schools was inadequate. This had implications on what could be taught in engineering school as any efforts to implement remedial teaching of mathematics would have knock-on effects on other subjects making up the engineering curriculum.

This discussions clearly indicates that concerns with the teaching of mathematics within engineering have remained largely unchanged over the past century. In addition, the solutions proposed for curriculum reform have been remarkably consistent, despite the passage of time. This is not to say that people have not tried before. Rather, it may be that curriculum reform has failed to take root primarily because of failure to take into account the cultural and other intangible aspects surrounding engineering education and practice.

My Tweets
Join 922 other followers